* Found a few real world collisions between some parts that i need to adjust.
These issues came out in testing. They affect binding in the wheels at different points.

* new molds are almost done. should have new tires over the weekend to try out.

the 30A rubber wears pretty fast compared to the 60A rubber. 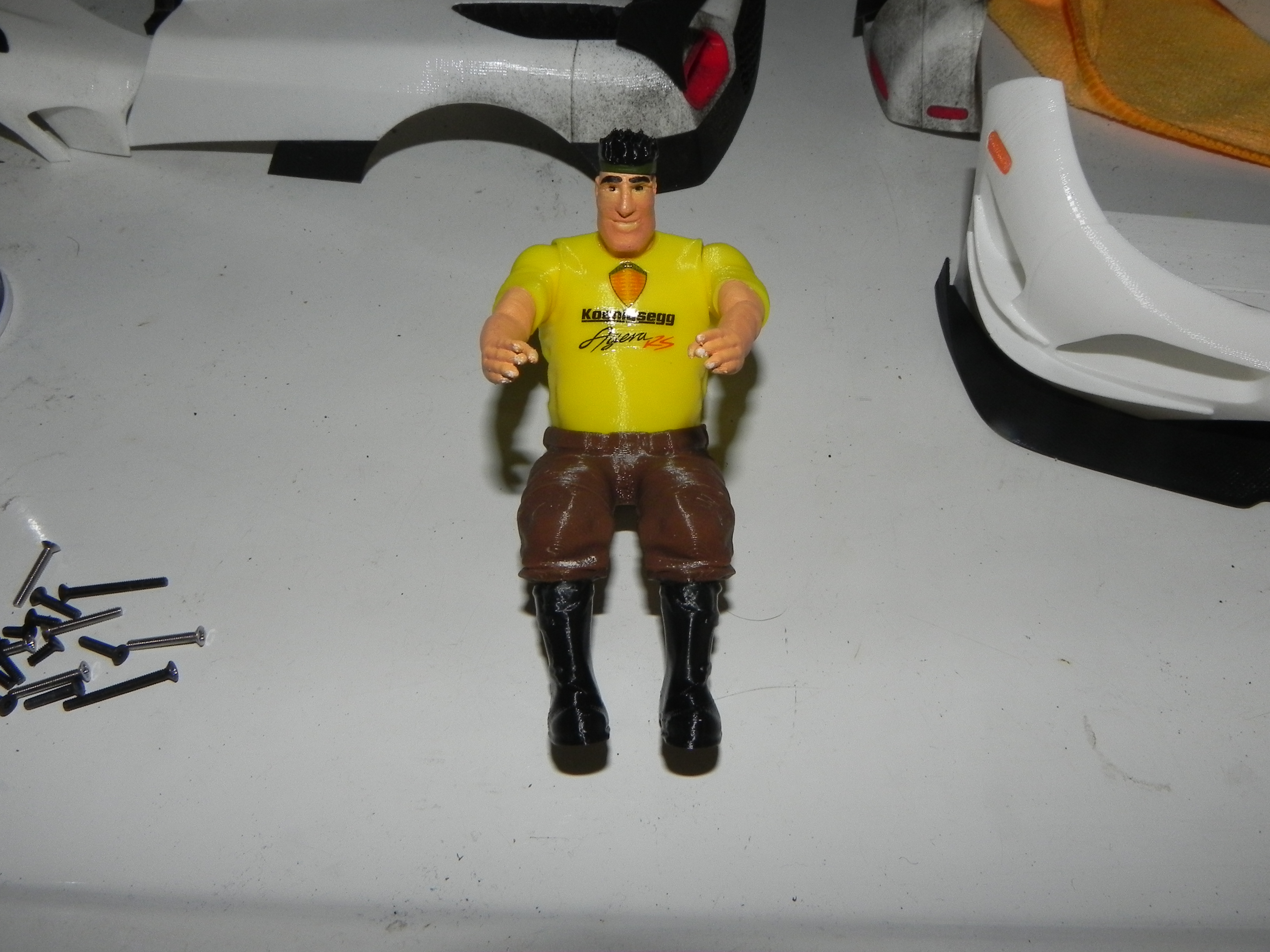 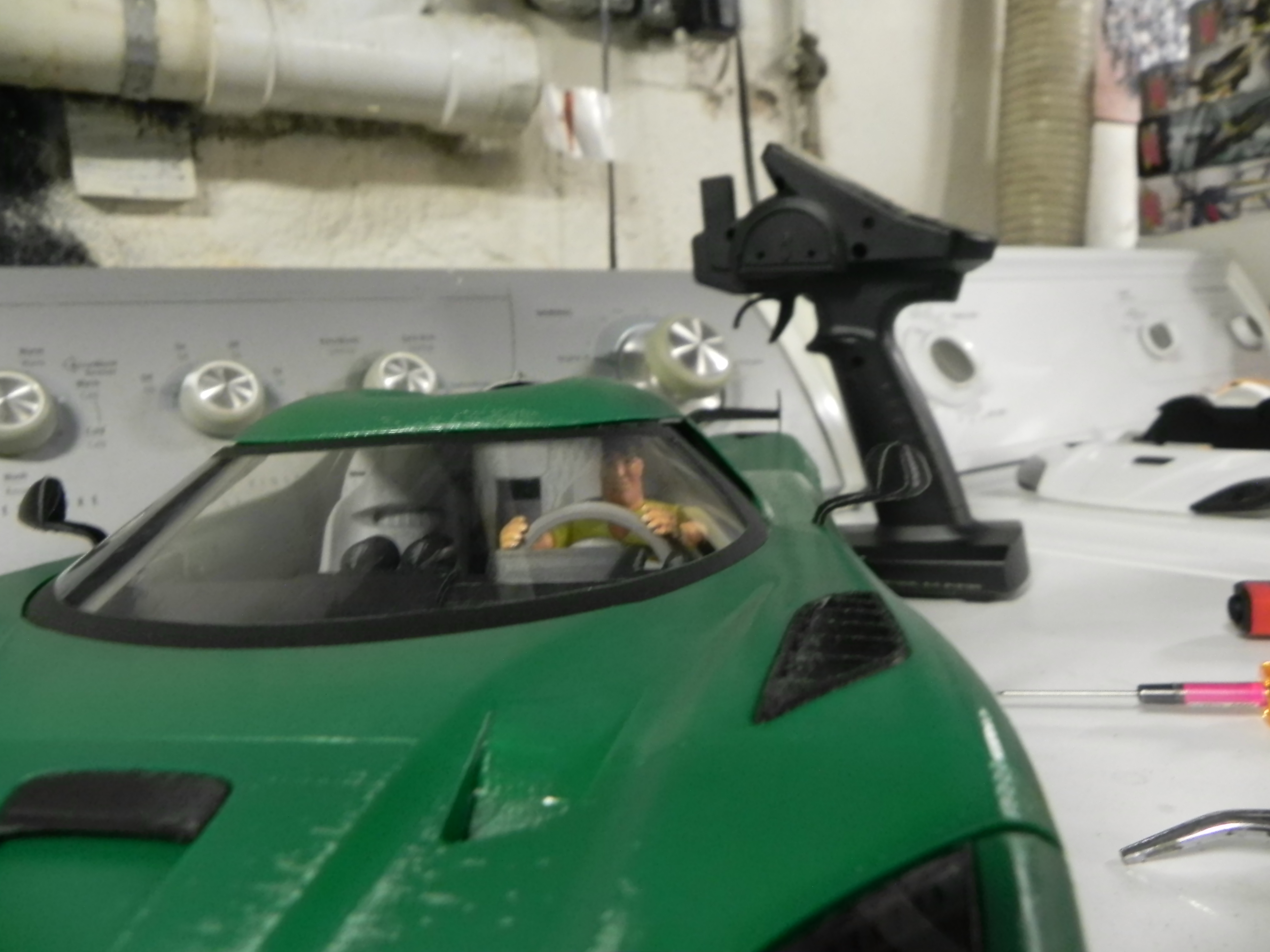 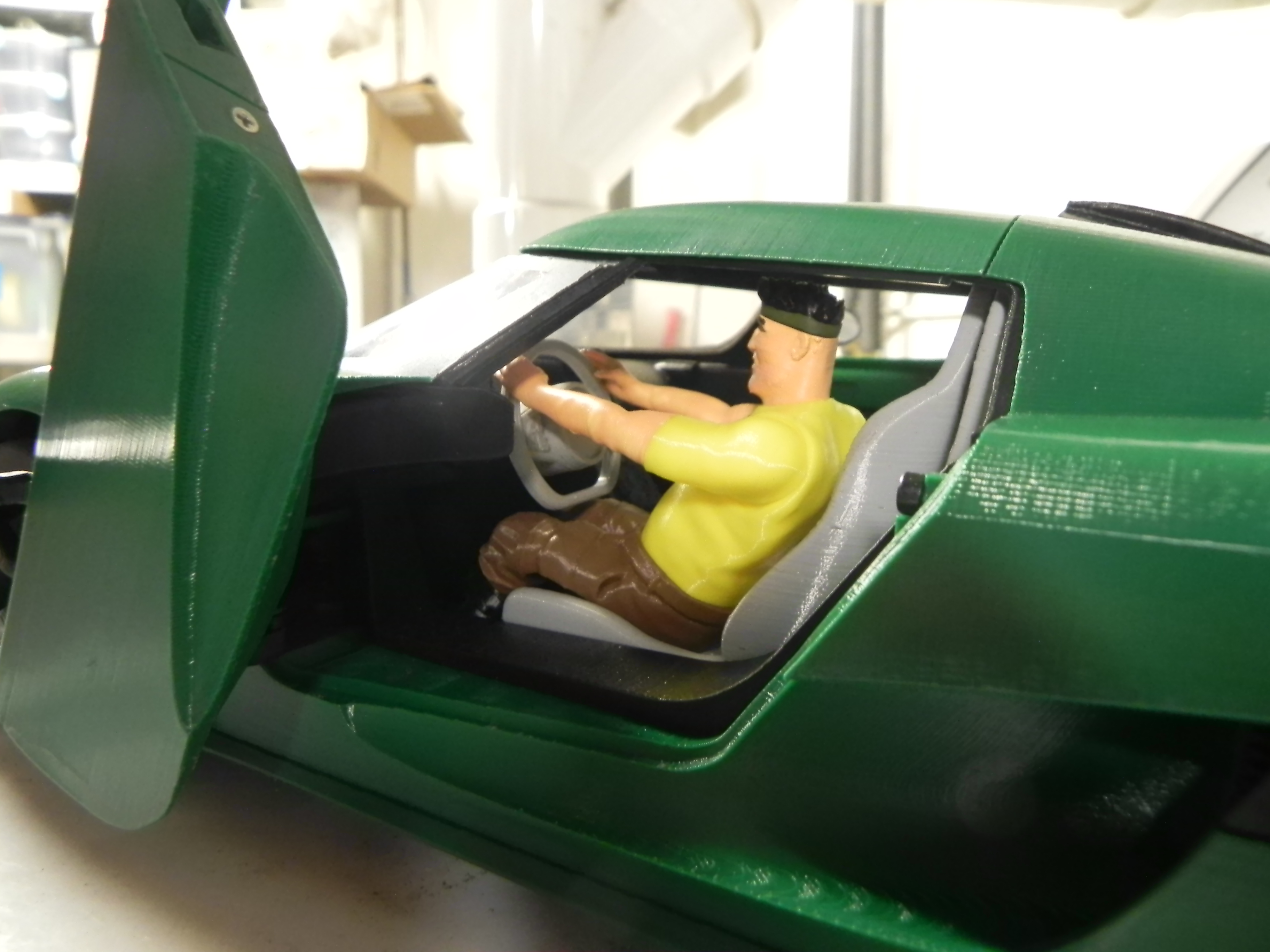 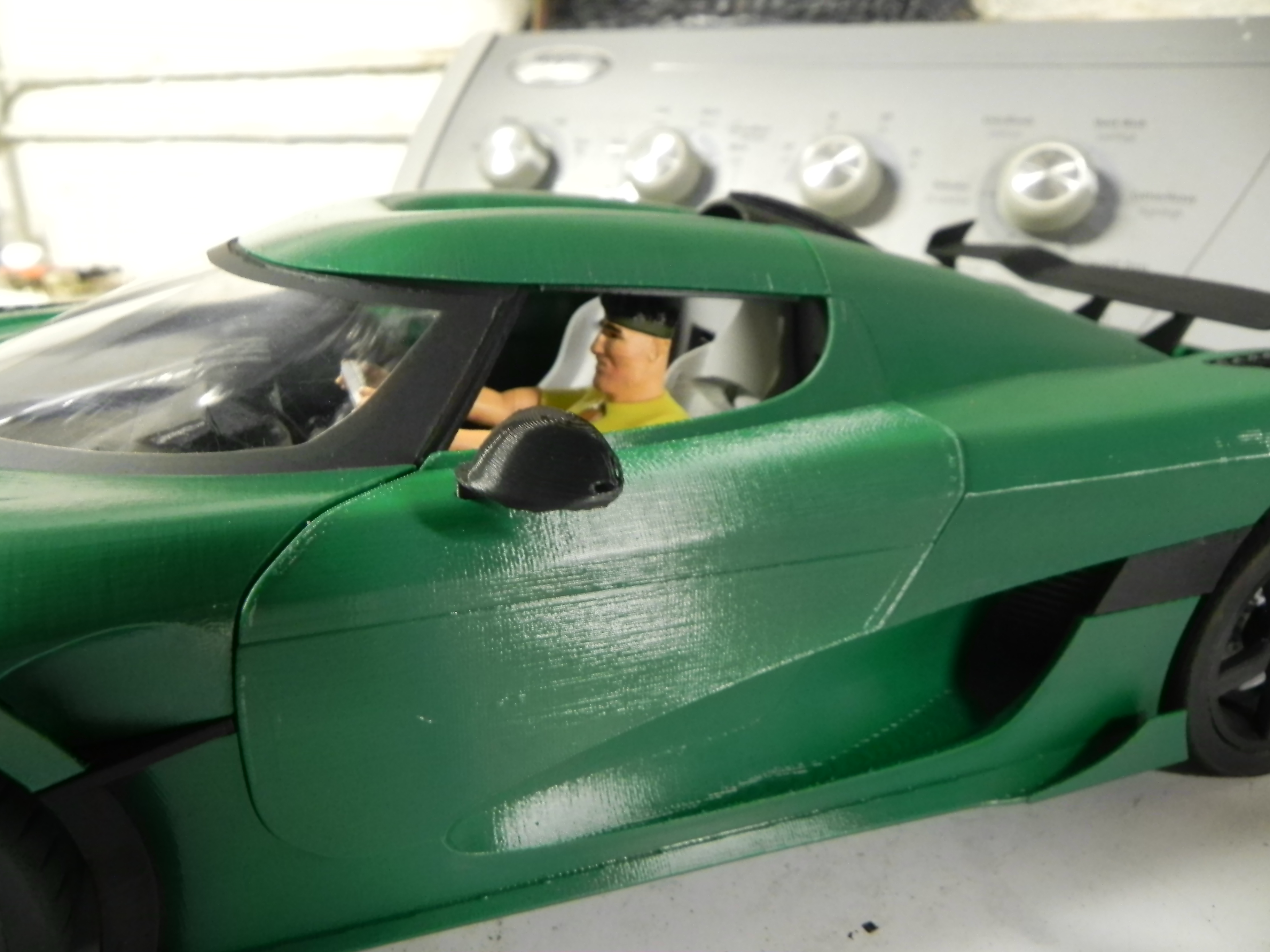 I shoved a modified Bruce in there

Thanks for all the updates, very interesting! Looks like it's running really well now. I saw that you found an error in the wheels, that's actually a part that I did completely using the form tool in Fusion, based on a tutorial I found. In hind-sight, I think such critical components shouldn't be done using that tool, because it's very easy to get misalignments such as what you discovered. (even though tiny, still an error that would not be there if the rims were modeled using traditional sketches with referenced dimensions.

What i have learned in dealing with 3d modeling software besides the tolerance of the machines is that those Fudge tolerance dimensions they tell you to make .1mm-.25mm covers for all the software errors that end up happening that multiply over time.

You set something on Center and later due to crashes or corruptions that centered item is now .001mm off in some direction and by the time you get to the end that error has resulted in over .1mm of movement which is then doubled in error by the next piece in contact with it.

No matter how hard you try something always gets corrupted then you have to try to compensate for it somewhere.

sometimes the error doesn't matter but in this case it was off enough that it was causing other clearance issues with the 3d printed parts.

i had to fix the front rims(back was ok) all 4 brake calipers to avoid collision during rotation, i had to recreate the disc brakes there is something weird with the STLs and my slicer was doing something weird making the gcode.

that's another issue there is an amount of corruption that occurs when outputting STLS some backfaced triangle causes damage on output that didn't exist inside the 3d model environment.

you just have to roll with it LOL!

as an update I completed the Mold Core updates and had a new run of 30A tires. i have new TPU inserts and totally new Rims with lip for the disc brake to keep it from walking on the rim, that works together with redesigned brake Calipers to try and stop binding from occurring during assembly.

I'm really happy with how the Green car runs now, now its a question of tuning and making changes to tolerances, i have made the tolerances extremely tight because it helps drivability however many people might have problems 3d printing the parts because you have to dial in your machine perfectly. I use Prusa printers where i can hit Zero tolerance with no problems i have put in tolerances of .025 to .25mm depending on where i can get away with it. no way you cut it this build is going to require lots of skill compared to other 3d print r/c car projects.

i know i will have to release some tuning parts with the chassis because some people may want more stability and some more turn in performance.

making the tires isn't hard but it can take you out of your comfort zone. I tired to make the molds easy to de-gas so that you could get away without using a vacuum Camber. now I'm pretty versed in making the tires and i can get a set every 24-48 hours. i just had one mold failure because i dropped it on the floor and cracked the case.

start to finish making the tires is at least a 150-200 hours of initial work. its about 15 hours to create a mold for each tire. you also need to have a slicer that can Iron all top surfaces. then you need the RTV and pigment to color the rubber Black(rubber is not naturally black) then each pour is about 30-60 minutes of your own labor and a 24 hour cure period. so your in for 150-200 hours. i have more then one printer so i can split the work load but it still took me most of the week to get ready for the newest tire pour. if you work in the time required to make the TPU inserts and the Rims you easy add 48 hours to that 150-200 hours of labor.

new 30A tires coming out of the molds. 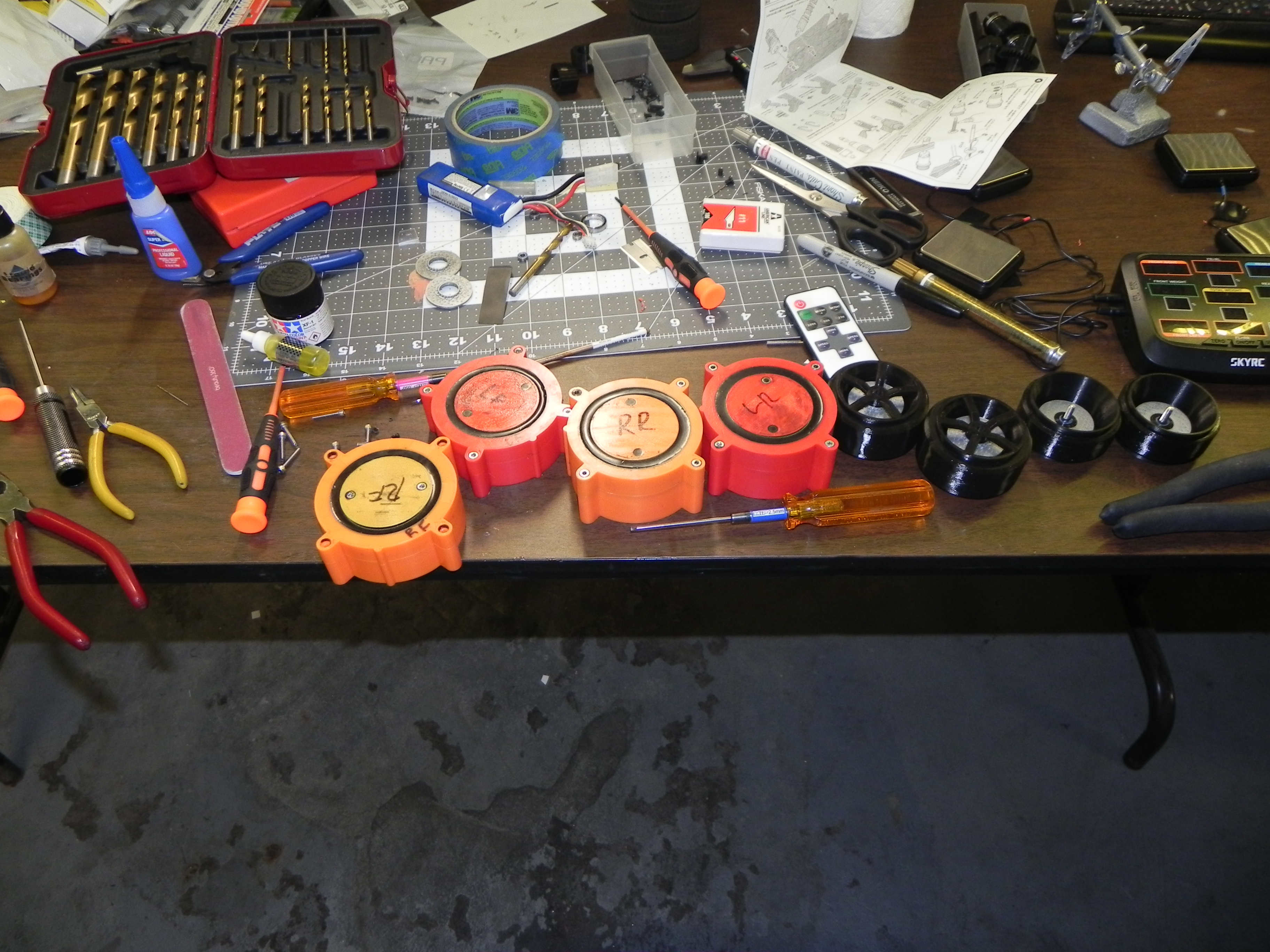 new 30A tires with the TPU inserts that sit on the rims. 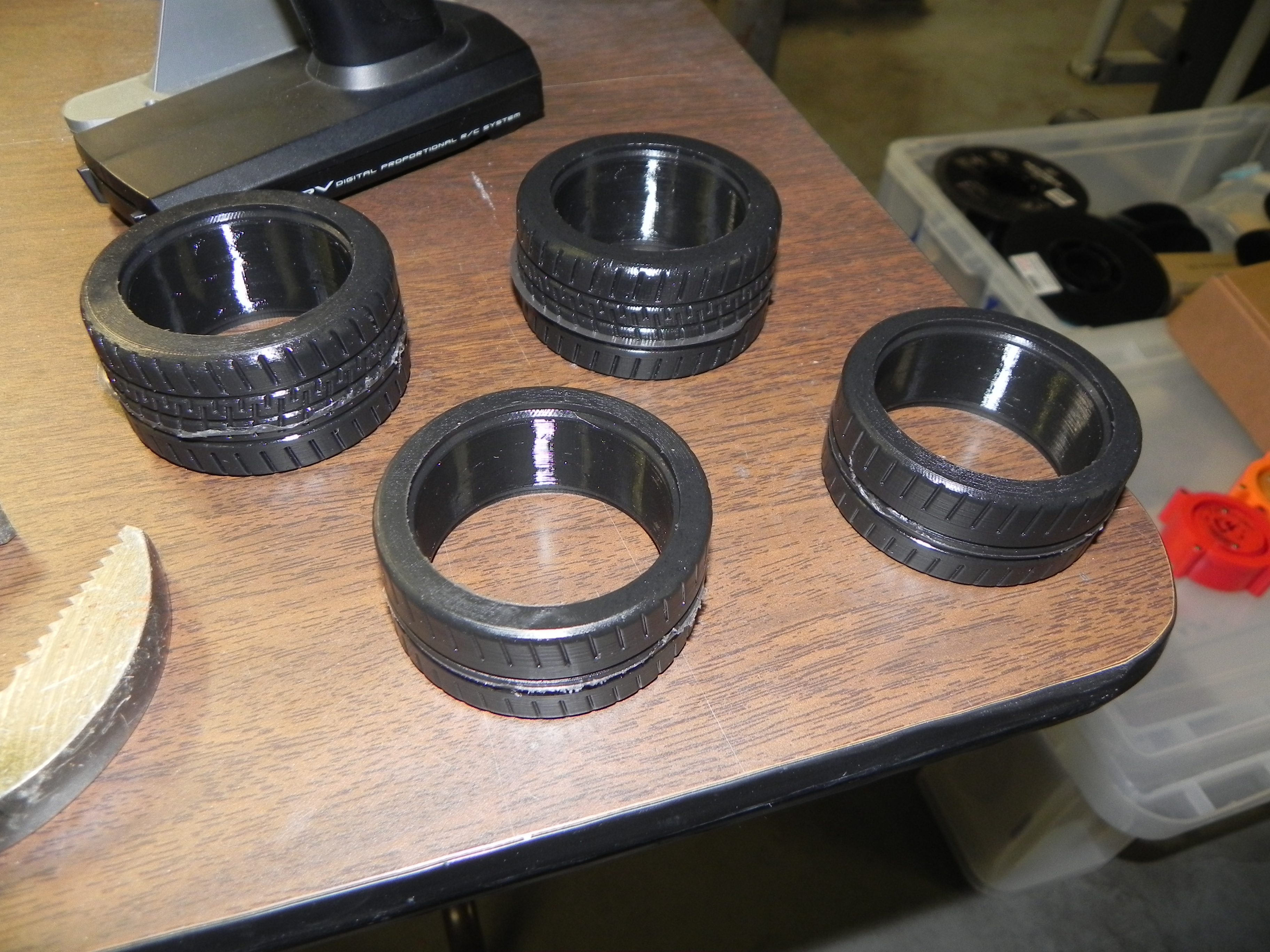 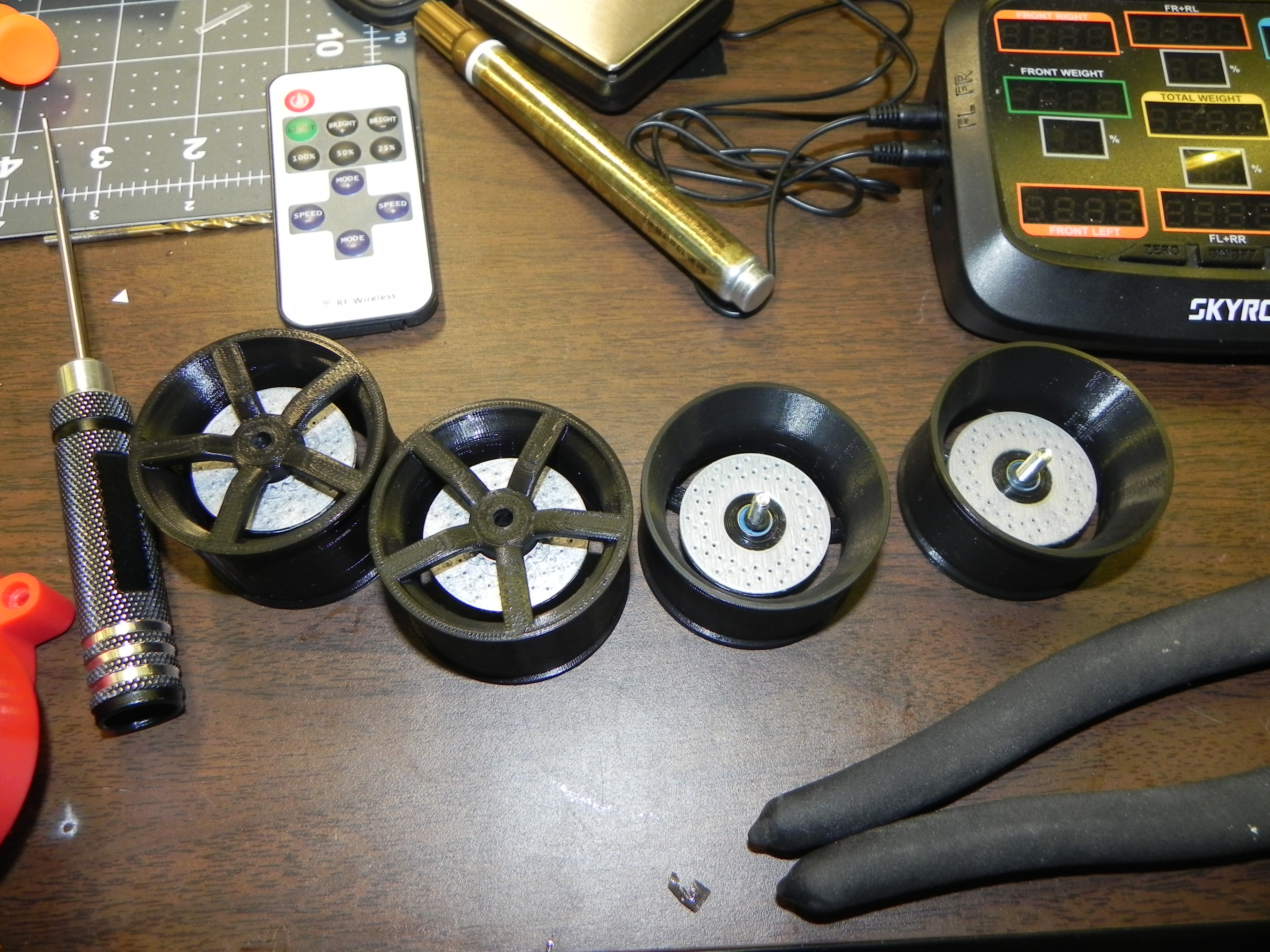 hopefully i learn more during testing.

the white chassis became my mechanical mule for testing since don't have the body on it at the moment.
i went back and forth on changes to the front suspension arms as well.. 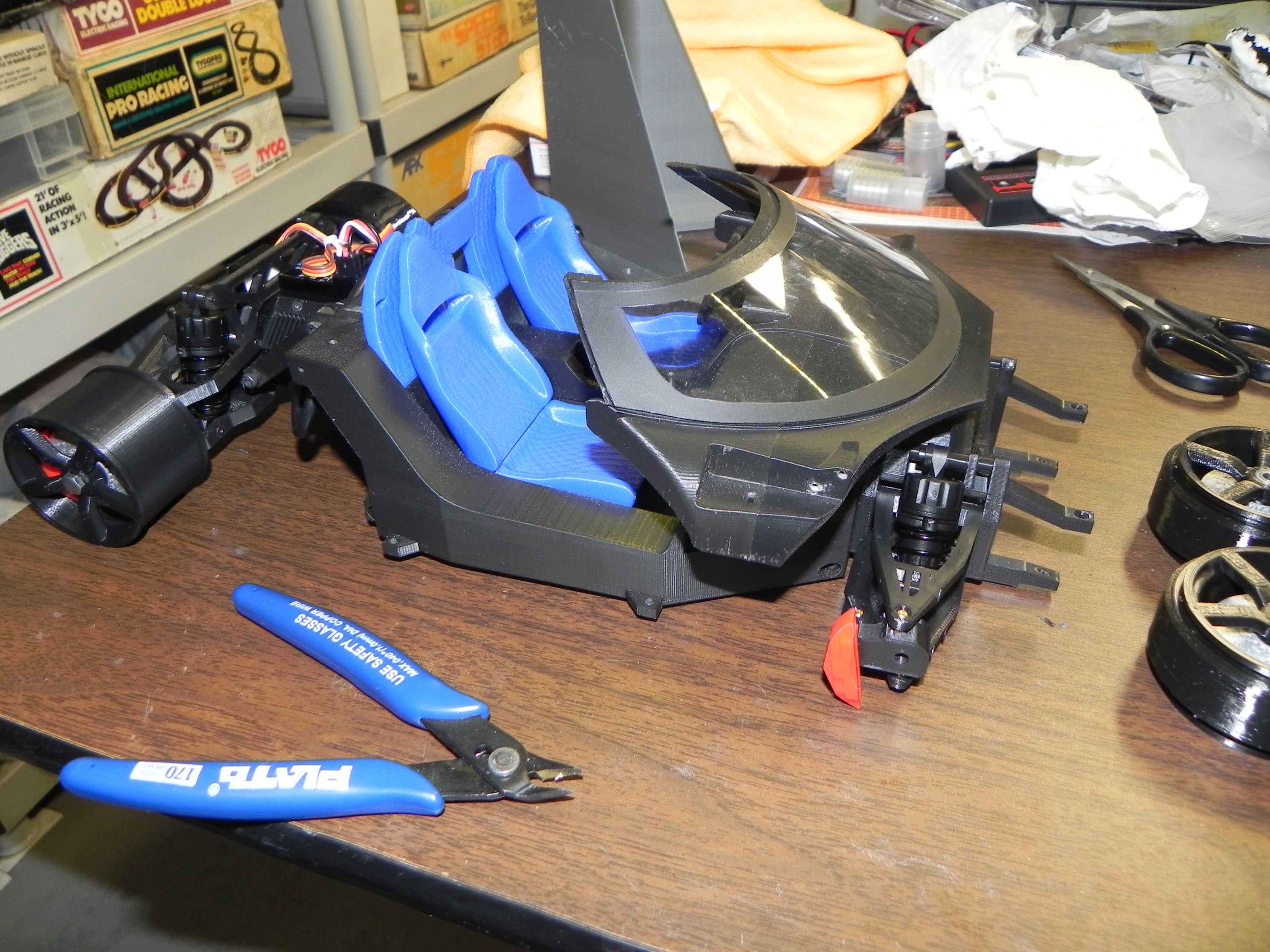 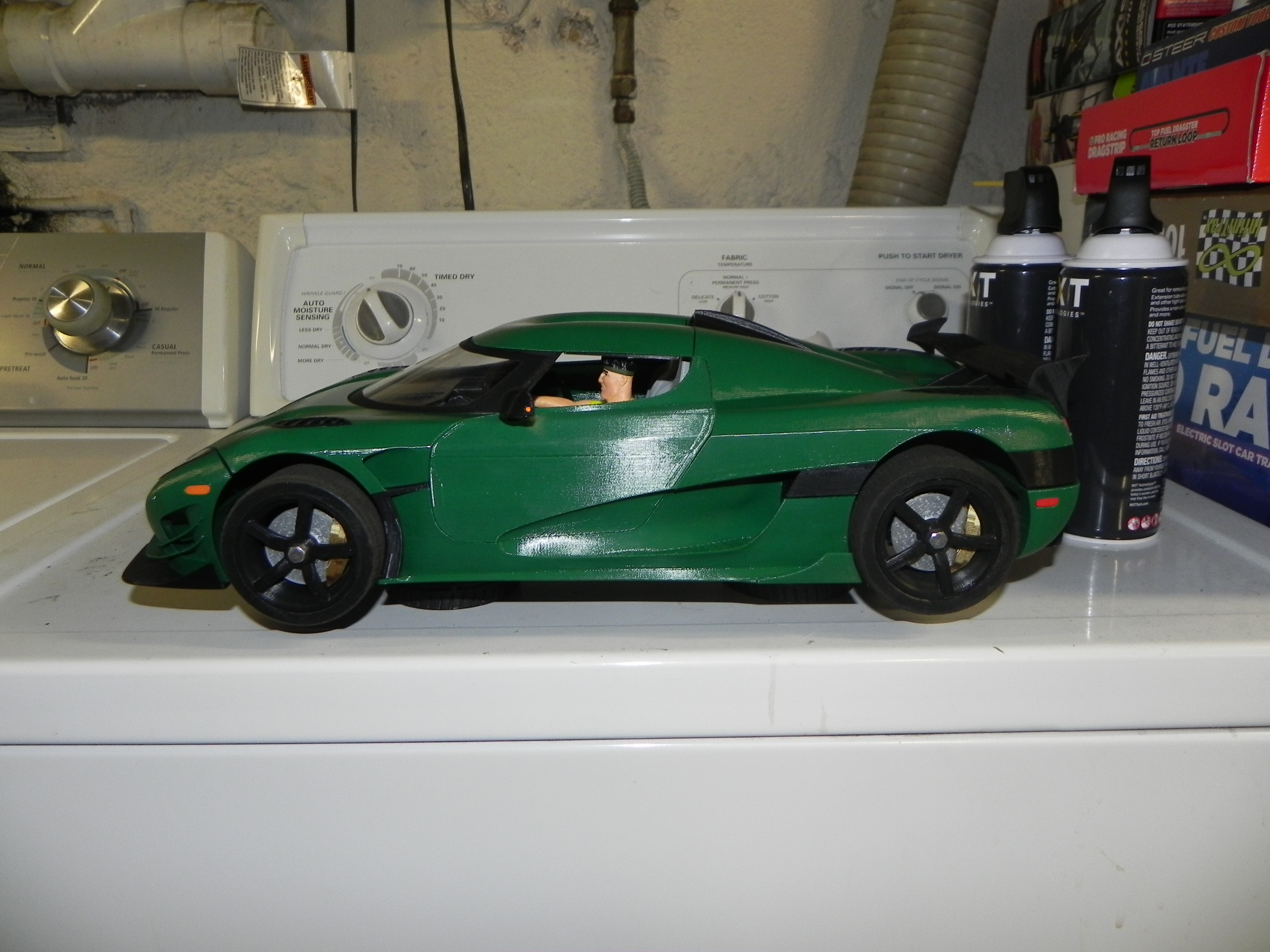 New tires mounted and new brake parts installed, took it out for a spin and it was glorious.

handling was excellent, low speed was great. i would say i will need to make a rear bearing block with 2 degrees toe-in to have an option of reduced rear tire wear. figure I'll put a 1.5, 2.0, and 3.0 degree rear bearing block as options.

I finished some more decals for the body and made some more changes. 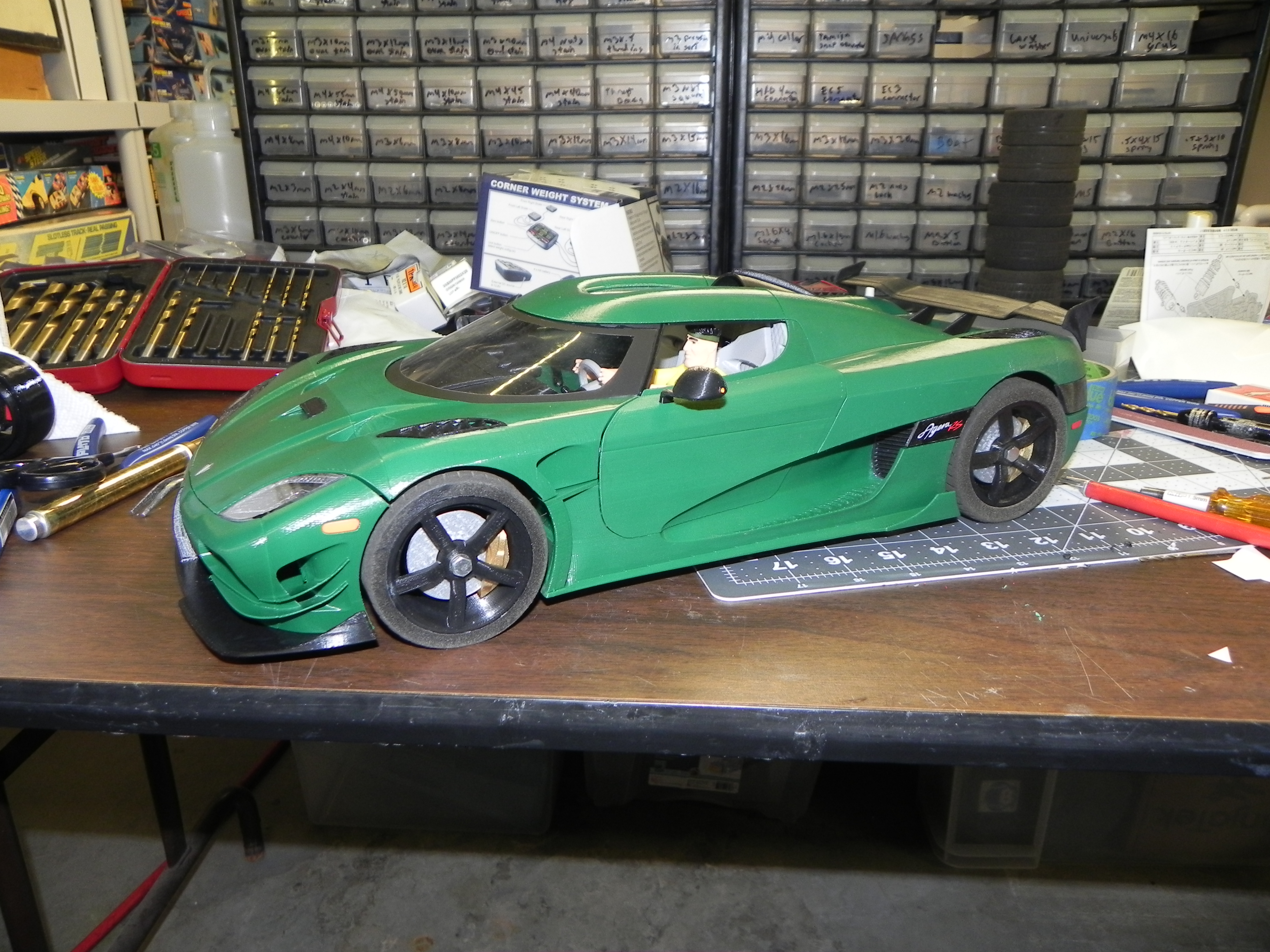 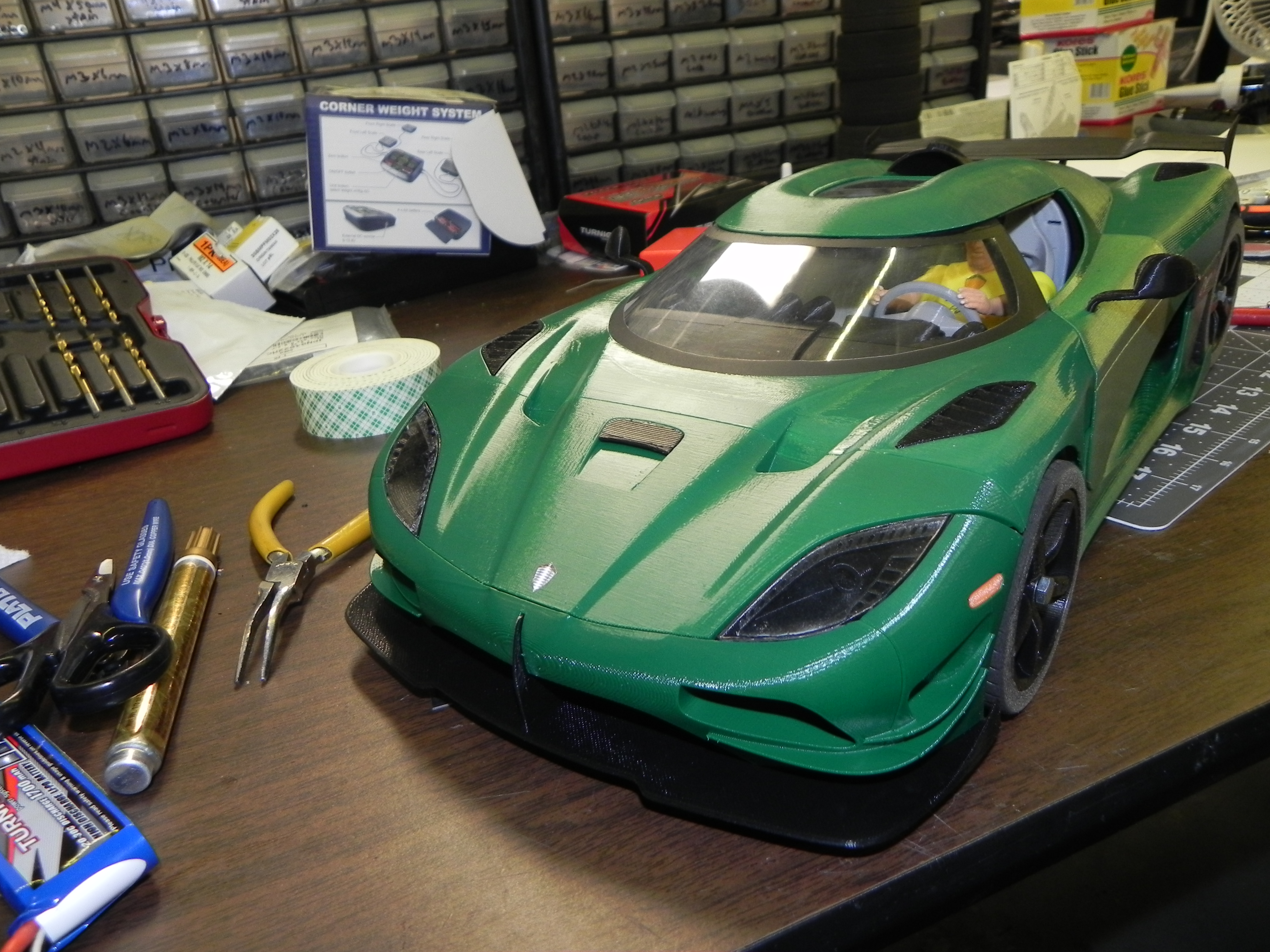 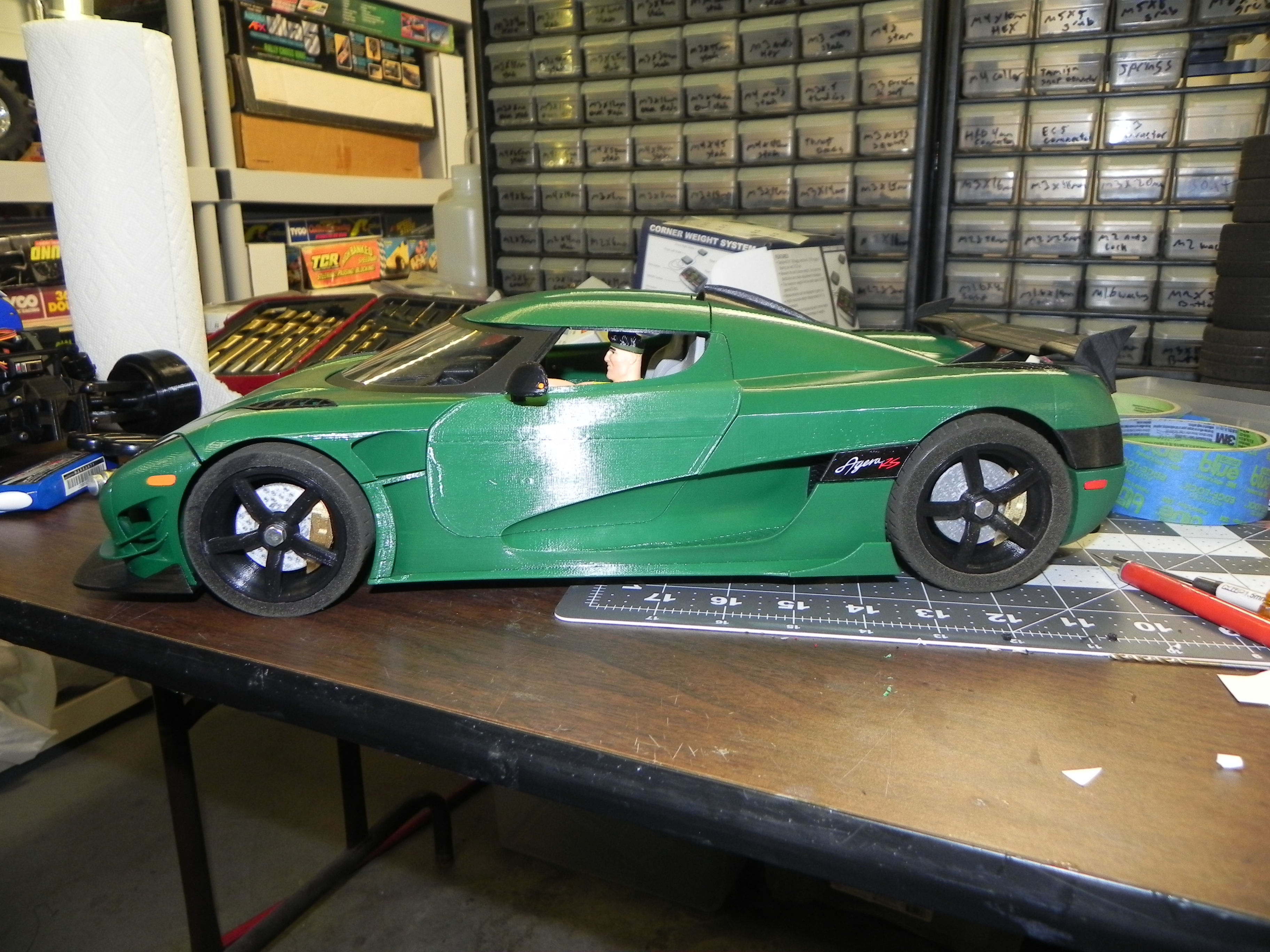 I've been slowly organizing the STL files for release.
unfortunately more work to do..

Was too late for a video, hope to have another up soon to see the progress.

* started working on assembly instructions. it takes FOREVER to setup a single scene in Fusion 360 i spent 3 hours just for a couple of screen captures.

* created a new 2 degree rear Bearing block to get a balance between stability and tire wear. 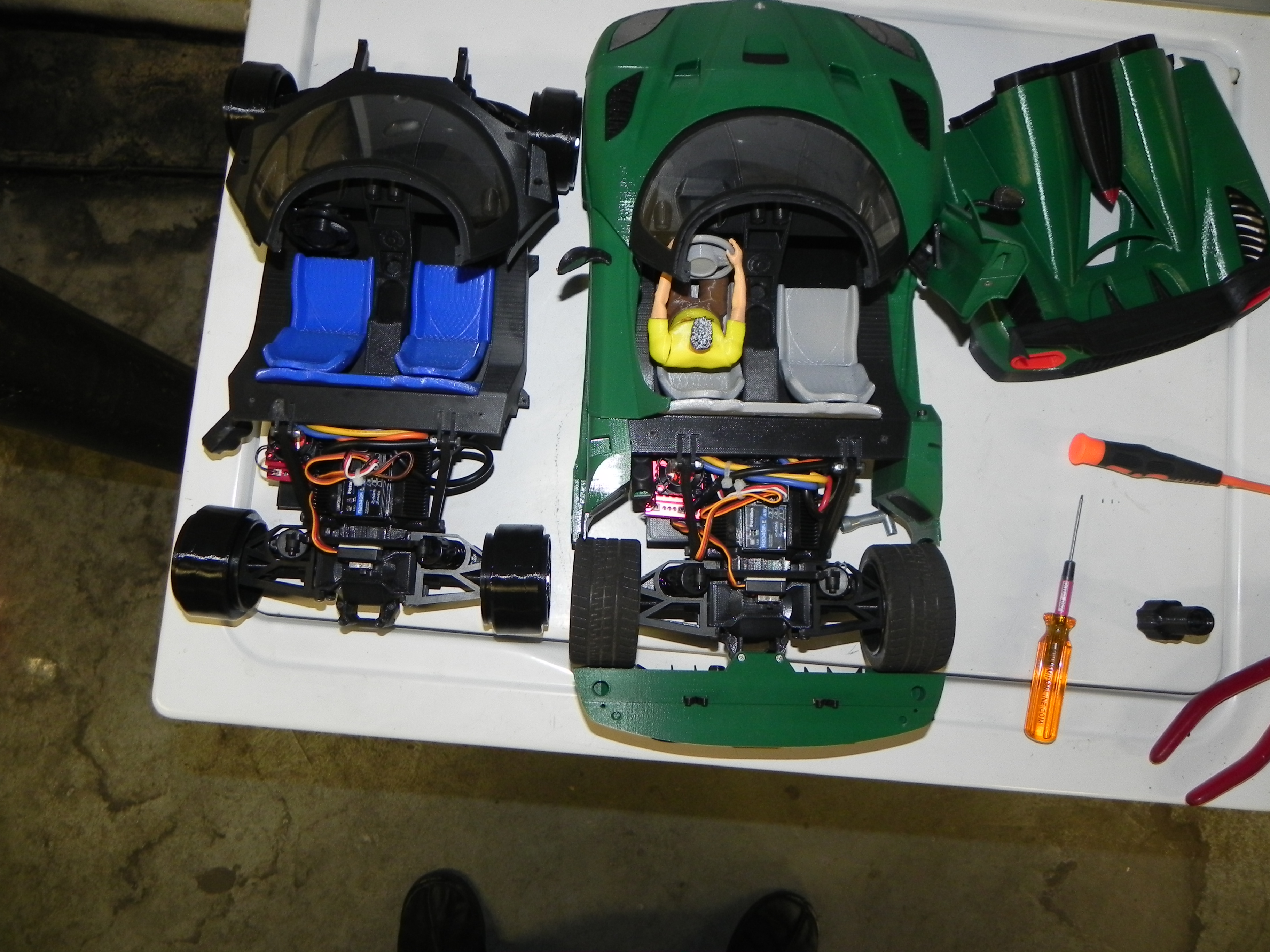 Running though the new body panels prints for testing i can see a few little tweaks i should make. i guess i could run through this 100 times and still make corrections.

* have to pour another set of tires.

Apparently i can't get more RTV at the moment.

Finally both chassis #1 and #2 are operational together. All the door locks and trunk locks are done. 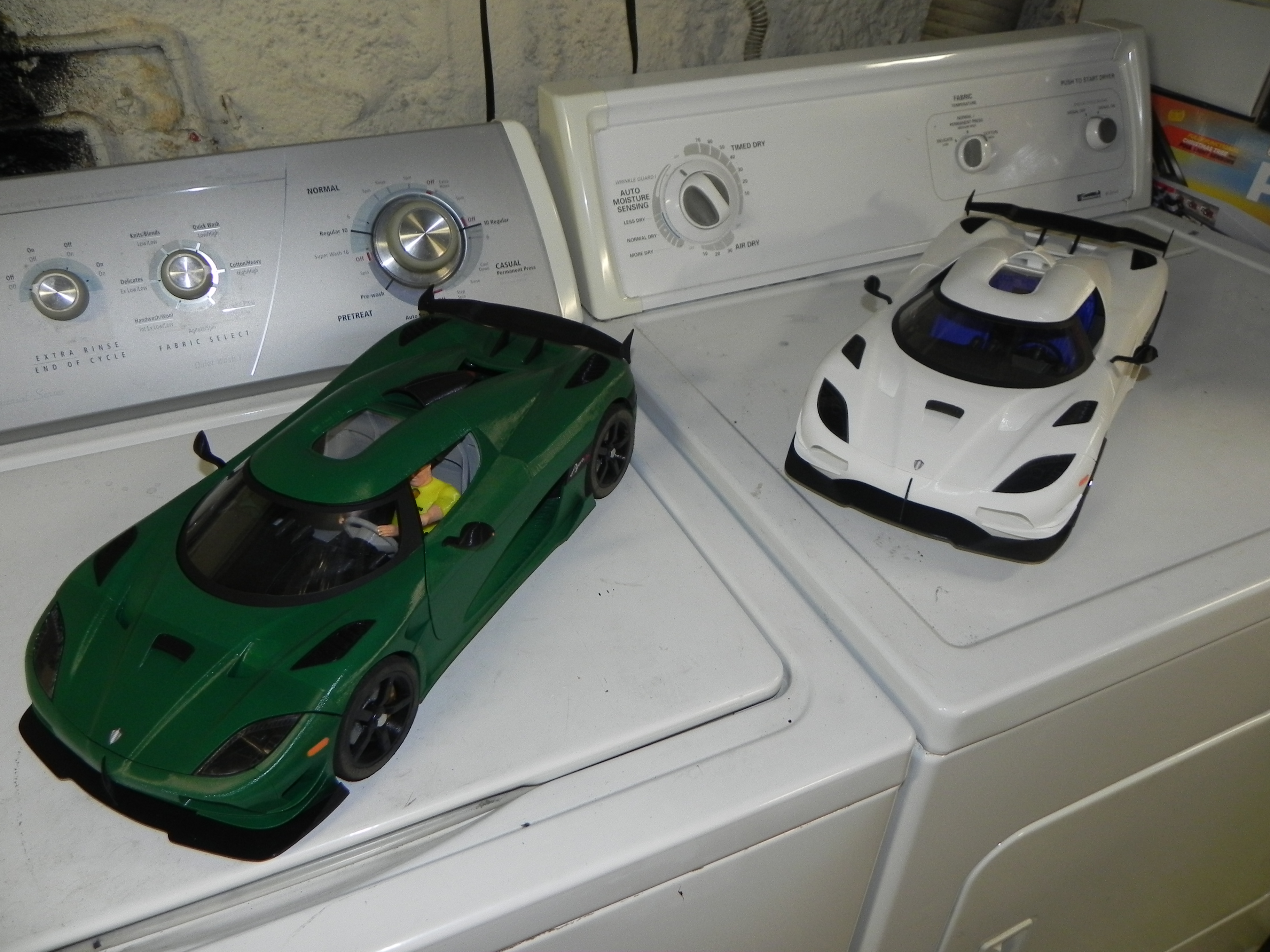 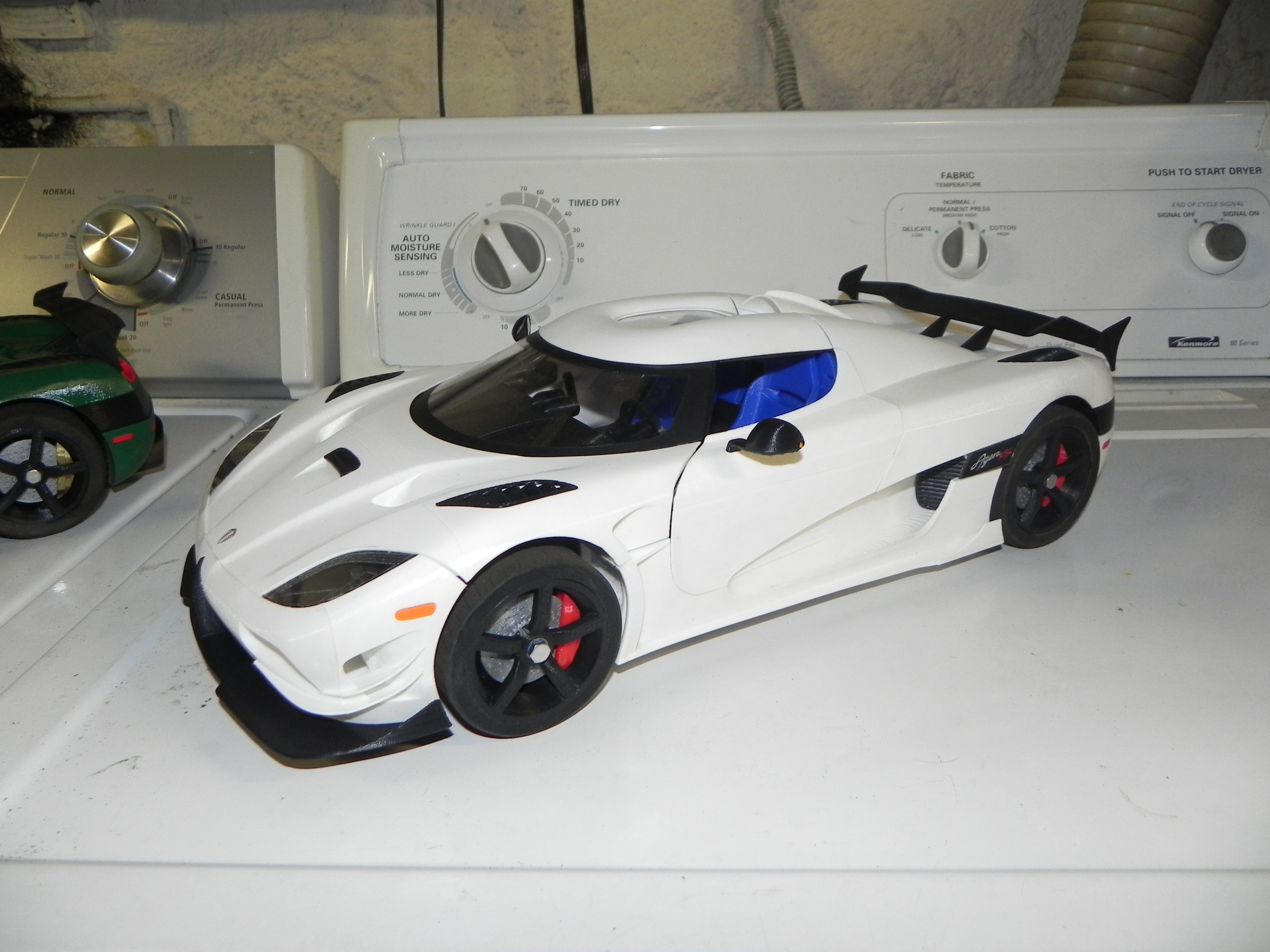 Now i can try different setups back to back.

I have 3 degree rear bearing blocks on chassis #1 , 2 degree on chassis #2, Chassis 1 has 60A front and 30A rear tires, chassis 2 has 30A tires all around. chassis #1 is favoring some stability while chassis #2 is favoring more turn-in steering and a looser rear end.

I think in the end 2 degree rear bearing blocks will be the way to go and maybe 60A front to reduce the turn-in oversteer a little.

I figure I'll make a driver figure for the white chassis #1 as well.

Made good progress this week actually found some more issues during testing and corrected them.

I'm excited to upgrade my car with your parts

Users browsing this forum: No registered users and 1 guest